Sales of medium and heavy commercial vehicles are expected to improve over the next few months buoyed by a pickup in construction and mining activities, demand for raw materials, and the government’s focus on developing infrastructure projects, industry executives said.

Demand for medium and heavy commercial vehicles (M&HCVs) – an indicator of economic health – has improved sequentially since July 2020 and the trend is expected to continue in the current quarter, said Anuj Kathuria, chief operating officer at Ashok Leyland.

“With lockdown being lifted, movement of goods has increased and that is essentially what is driving the demand for trucks,” Kathuria told ET.

He said the fourth quarter ending March is usually the strongest quarter in a year, “and we expect it to be strong for FY21 as well”.

He pointed out that fleet utilisation levels among transporters are up at around 70%. Demand for new trucks kicks in when utilisation crosses 80%, Kathuria said.

Market leader Tata Motors said there is demand coming from across sectors and regions. “Gradual recovery in M&HCV during recent months has been fairly broad-based, across regions and different sectors like steel, cement, containers, white goods and auto, in addition to the early gainers like ecommerce and POL (petroleum oil and lubricants) sectors,” said Girish Wagh, president (commercial vehicle business unit) at Tata Motors. 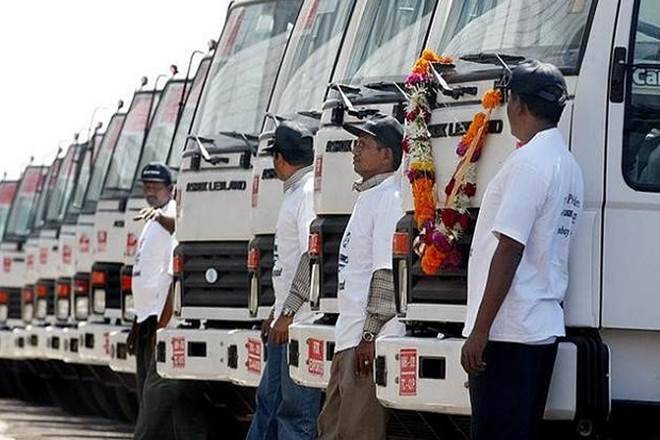