Approving the largest indigenous defence procurement as part of measures to strengthen the armed forces amid a standoff with China on the Line of Actual Control and tensions with Pakistan over its terror infrastructure, the Cabinet Committee on Security (CCS) cleared Wednesday a deal worth nearly Rs 48,000 crore for the acquisition of 83 Tejas Light Combat Aircraft for the Indian Air Force.

Designed by the Aeronautical Development Agency under the Department of Defence Research and Development, the Tejas Mk-1A multirole light fighters will be manufactured by state-owned Hindustan Aeronautics Limited (HAL). It will be an improvement over the Mk-1 version. The IAF acquired 40 of the earlier variant in two deals — 20 were Initial Operational Clearance standard aircraft (16 fighters and four trainers) while the next 20 were Final Operational Clearance standard aircraft.

The Tejas Mk-1A order, cleared last March by the Defence Acquisition Council, was approved by the CCS at a meeting chaired by Prime Minister Narendra Modi.

Defence Minister Rajnath Singh, in Twitter posts, described it as the “largest indigenous defence procurement deal” and said it “will be a game changer for self-reliance in the Indian defence manufacturing”.

He said “LCA-Tejas is going to be the backbone of the IAF fighter fleet in years to come” and it “incorporates a large number of new technologies, many of which were never attempted in India”. The indigenous content of the aircraft, he said, is 50 per cent and will be enhanced to 60 per cent. 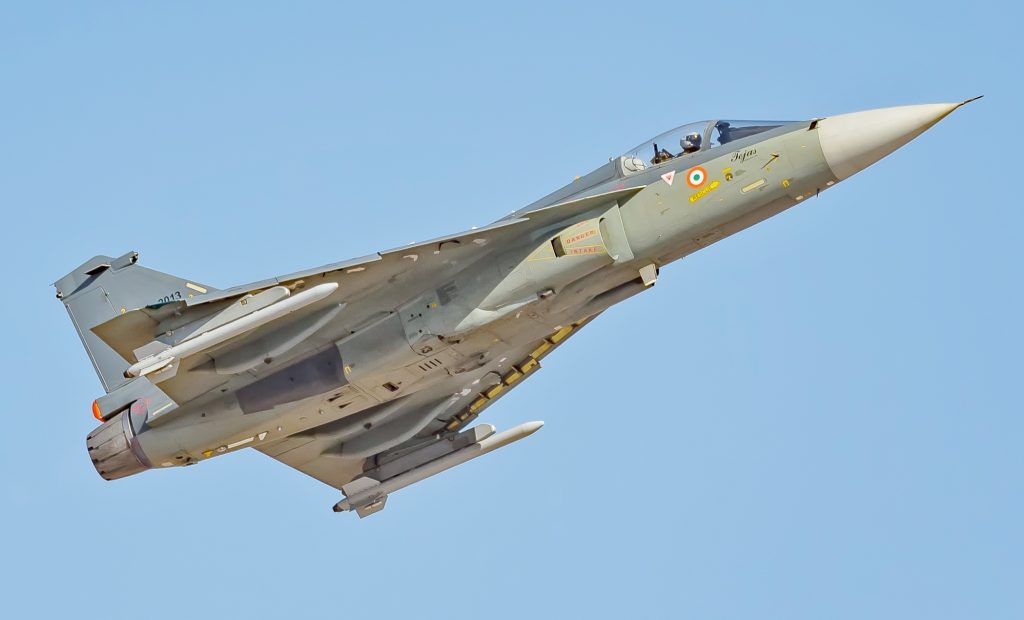 In a statement, the Ministry of Defence said the CCS approved procurement of 73 LCA Tejas Mk-1A fighter aircraft and 10 LCA Tejas Mk-1 trainer aircraft at a cost of Rs 45,696 crore along with design and development of infrastructure sanctions worth Rs 1,202 crore.

HAL has already set up second line manufacturing facilities at its Nasik and Bengaluru divisions, Singh said, adding that “equipped with the augmented infrastructure, the HAL will steer LCA-Mk1A production for timely deliveries to the IAF”.

The decision, he said, will “considerably expand the current LCA ecosystem and help in creating new job opportunities”.

Thanking the Prime Minister for the “historic decision”, Singh said the “LCA-Tejas programme would act as a catalyst for transforming the Indian aerospace manufacturing ecosystem into a vibrant Atmanirbhar-self-sustaining ecosystem”.

While the 20 IOC Mk-1 aircraft formed the 45 Squadron at Sulur in Tamil Nadu, the first FOC aircraft was handed to the IAF last May, part of the 18 Squadron, also at Sulur.

The 73 Mk-1A variant will form four IAF squadrons, along with reserves and additional aircraft.

The LCA, the Ministry said, “would be a potent platform to meet the operational requirements of Indian Air Force”.

The CCS, it said, “also approved infrastructure development by IAF under the project to enable them handle repairs or servicing at their base depot so that the turnaround time would get reduced for mission critical systems and would lead to increased availability of aircraft for operational exploitation”.

R Madhavan, Chairman and Managing Director of HAL, in a statement, said the “production rate for this increased requirement by IAF is being augmented by HAL from 8 to 16 aircraft per year through the creation of state-of-the-art new facility in Bengaluru”.

“Tejas would have the highest level indigenisation in comparison to any programme of this scale with progressive indigenisation of critical technologies, thereby making India a technologically self-reliant nation,” he said.

Apart from the 36 Rafale being flown from France in batches, the IAF has also got government clearance for the purchase of new fighter aircraft, including 21 MiG-29 and 12 Su-30MKI, and upgradation of the existing 59 MIG-29 aircraft.

This was approved last July by the Defence Acquisition Council as part of a Rs 38,900-crore package. It had cited “the current situation” – a reference to the standoff with China in Ladakh — and the “need to strengthen” the armed forces “for the defence of our borders”.