The Indian aviation sector is showing positive signs after being completely shut down during the coronavirus-induced lockdown last year but remains in the “eye of the storm”, Remi Maillard, President and Managing Director, Airbus India and South Asia has said.

Indian airlines are currently carrying 60 per cent of the total pre-COVID domestic passengers and this is better than most countries in the world, he said in an interview.

“This is better, but this is far from being a sustainable situation. We are not out of the woods yet. We are still in the eye of the storm,” he added.

Airbus has been observing positive signs such as the pent-up demand for leisure travel in India, he noted.

“I think there is a desire in people to fly again…Business travellers have started to come back. It is essential for your business to meet your business stakeholders or partners and for that, you need to travel,” Maillard mentioned.

“I would say in a nutshell that we are still facing a lot of headwinds with the virus and the complexity of the situation. But in the midterm, I think there will be an upswing,” he said.

Airbus and Boeing are two of the largest aircraft manufacturers in the world.

Scheduled domestic flights in India were completely suspended for a period of two months between March 25 and May 24, 2020, due to the coronavirus-induced lockdown.

Maillard said international passenger traffic is still weak in India, and it is difficult to predict how and when it would recover. 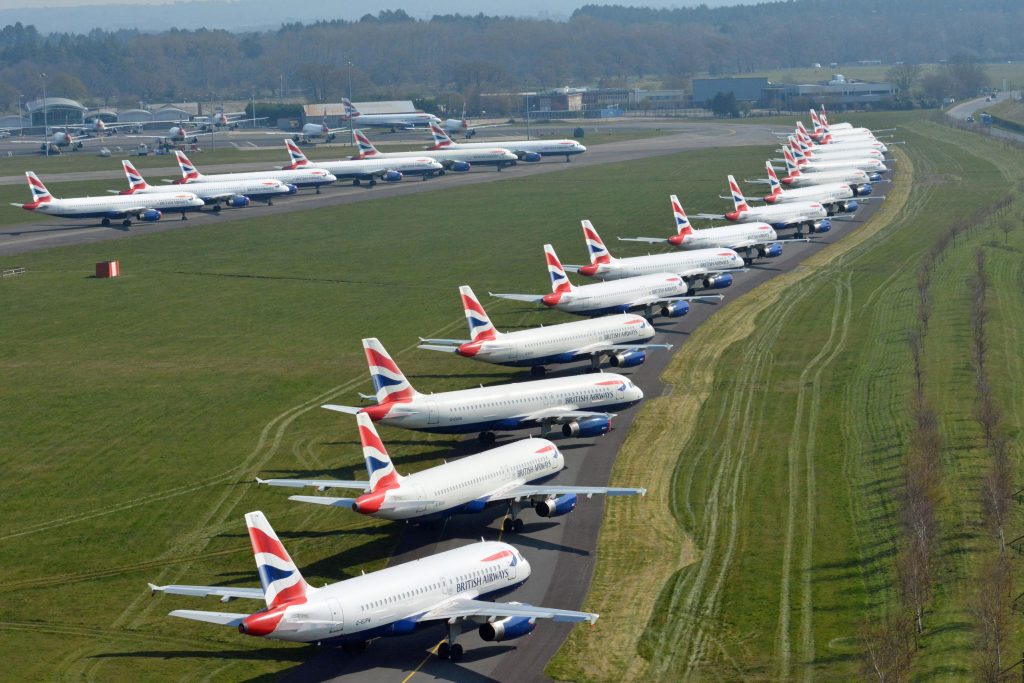 However, special international flights have been permitted since May last year under the Vande Bharat Mission and air bubble arrangements formed with around 24 countries.

“I think it is time for Indian carriers to scale up their operations and gain control of the international traffic as well. Also, we observe that air travellers have adapted to COVID-19 with a preference to point-to-point non-stop travel to avoid connections. Again, that is the opportunity to develop long haul travel from India,” he stated.

Indian airlines have been badly hit by the coronavirus-induced economic crisis. Majority of them last year took drastic measures like pay cuts and firing of employees to cut costs.

Asked about Finance Minister Nirmala Sitharaman’s announcement that aircraft leasing companies based out of GIFT (Gujarat International Finance Tec) city in Gujarat’s Gandhinagar would get a tax holiday on capital gains and rental income earned, Maillard said, it was a “big step”.

“It is a very important step. In India, large majority of the aircraft with the airlines are leased. This is valid today, and this is going to be valid tomorrow,” he said.

At present, no major aircraft leasing companies are based in India. Majority of the aircraft fleet with Indian carriers have been leased from foreign companies such as Avolon, GECAS, BBAM, BOC Aviation and Dubai Aerospace Enterprise Capital.

Therefore, domestic airlines end up paying their lease rental in US dollars instead of rupees, which significantly affects their profitability.

However, Maillard said “more support” is needed from the government.

“Given the current status of the Indian civil aviation industry, we would need more support from the government in terms of tax exemptions on the air turbine fuel (ATF), imported aircraft parts, and MRO (maintenance, repair and overhaul) industry,” he noted.

“Also, we need to continue investing in infrastructure and this is something that we have been discussing with the Ministry of Civil Aviation,” he mentioned.

Asked about aircraft deliveries, he said Airbus handed over 566 planes to airlines globally but it was 34 per cent lower than 2019.

“I think this is an outstanding performance given the COVID-19 context,” he said.

“Out of the 566 aircraft, a bit more than 10 per cent went to Indian carriers, including 44 to IndiGo. Indigo has become a top customer in terms of delivery last year,” he stated.